My name is Adrian (aka Sm0ke), and this article tries to summarize the idea behind the AppSeed service, by presenting some real-life samples generated by the platform.

Phase #1 - As mentioned, we are always starting from the flat HTML files, that requires a processing in order to become usable: components extraction, master pages detection, hard-coded texts removal, maybe some assets tuning (CSS compression, JS minification, etc). To solve this phase, we've developed an HTML parser in Python BS4 (not open-source) to speed up and automate the manual work usually involved. The tool help us with a small list of tasks:

Phase #2 - Once the HTML is processed, the automated workflow injects the layouts and components into simple boilerplate code enhanced with basic features and modules: authentication, database, ORM, deployment scripts.

The UI elements are identical, as expected, now let's take a look at the page code, rendered by each framework:

In terms of source code structure, the layouts is are identical: master page default.html is extended by the login page with specific content: page title, page content (the login form).

The similarities between Flask and Django are obvious and help us a lot in unifying things in the automation workflow, and is not about only Flask vs. Django. We can spot the same thing if we compare PUG with Blade, or PUG with Jinja2. Same patterns exists across many template engines, and this is quite logic because same problems must be solved using a simple and optimal way, and this leads to similar solutions.

Let's move on with our compare and see something on the screen. The little one, goes first: Flask Dashboard Atlantis Dark. The build instructions are copied (and simplified) from the README file:

After create a new user and authenticate, we should see this screen: 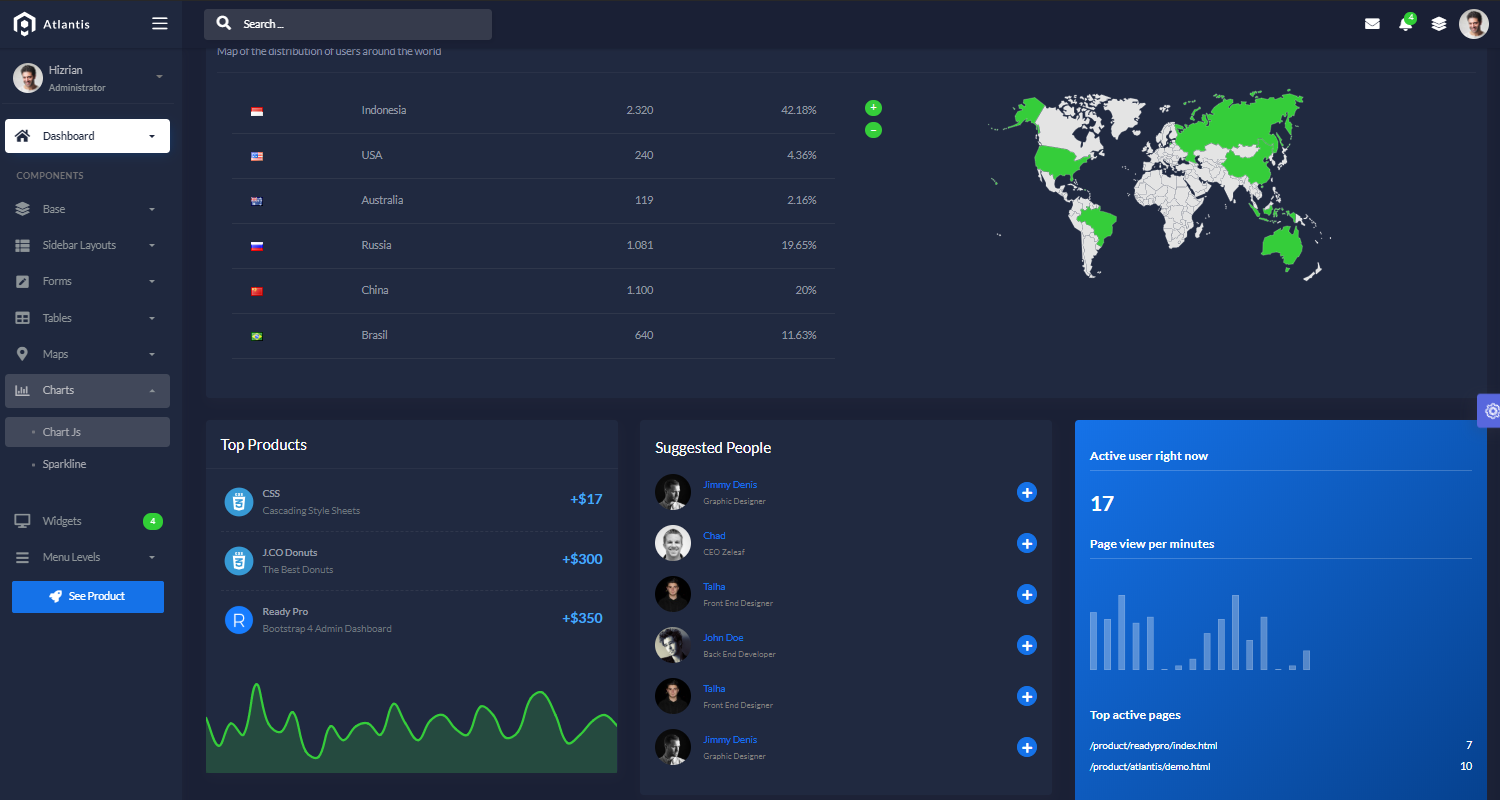 The Django version, Django Atlantis Dark can be built using a similar way, by following the instructions saved in the README file:

After authentication, we should see the same screen, based on the fact that both apps were generated from the same flat HTML design on top of feature-identical boilerplate code.

Other screens, common to both web apps: 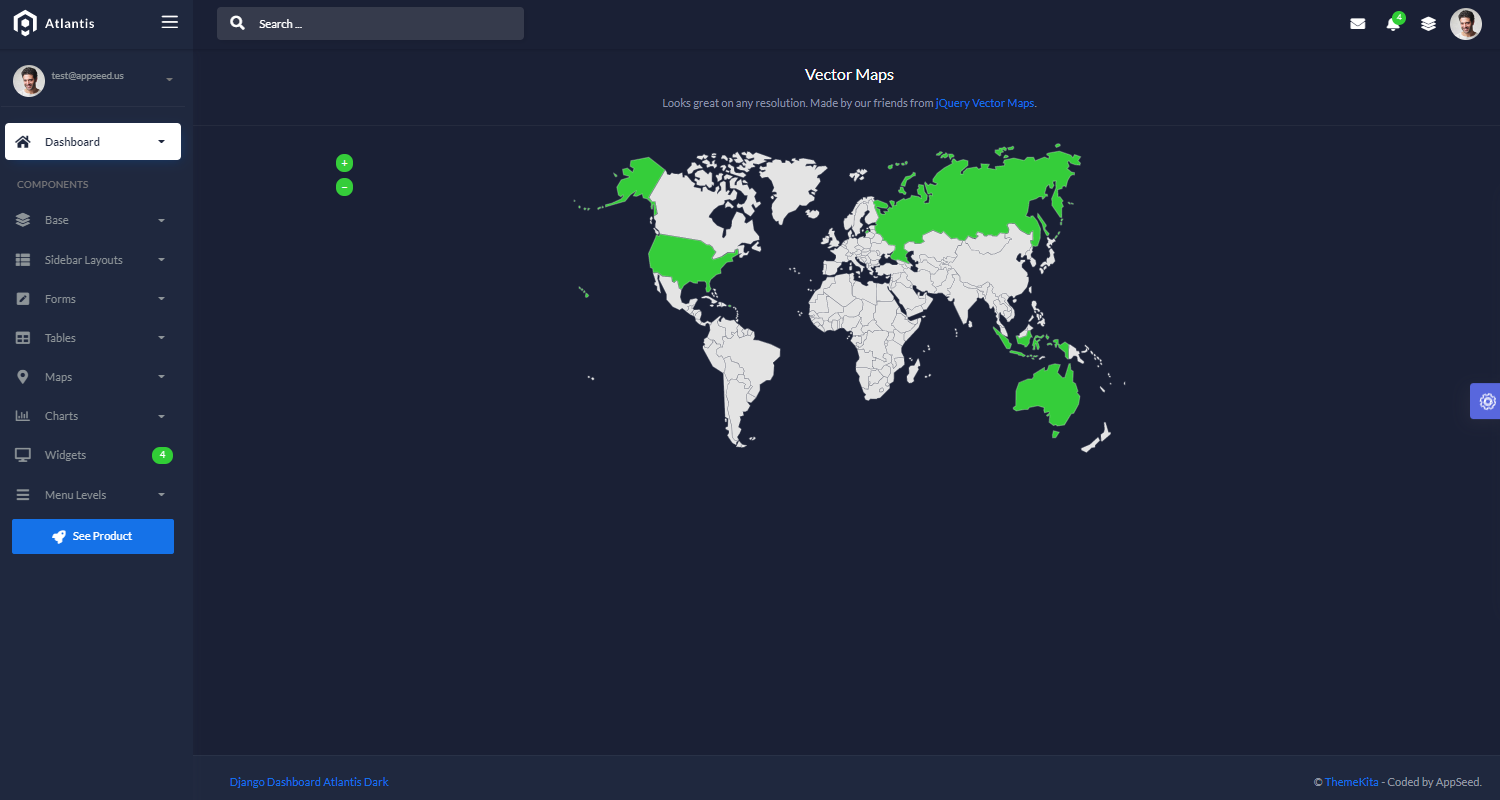 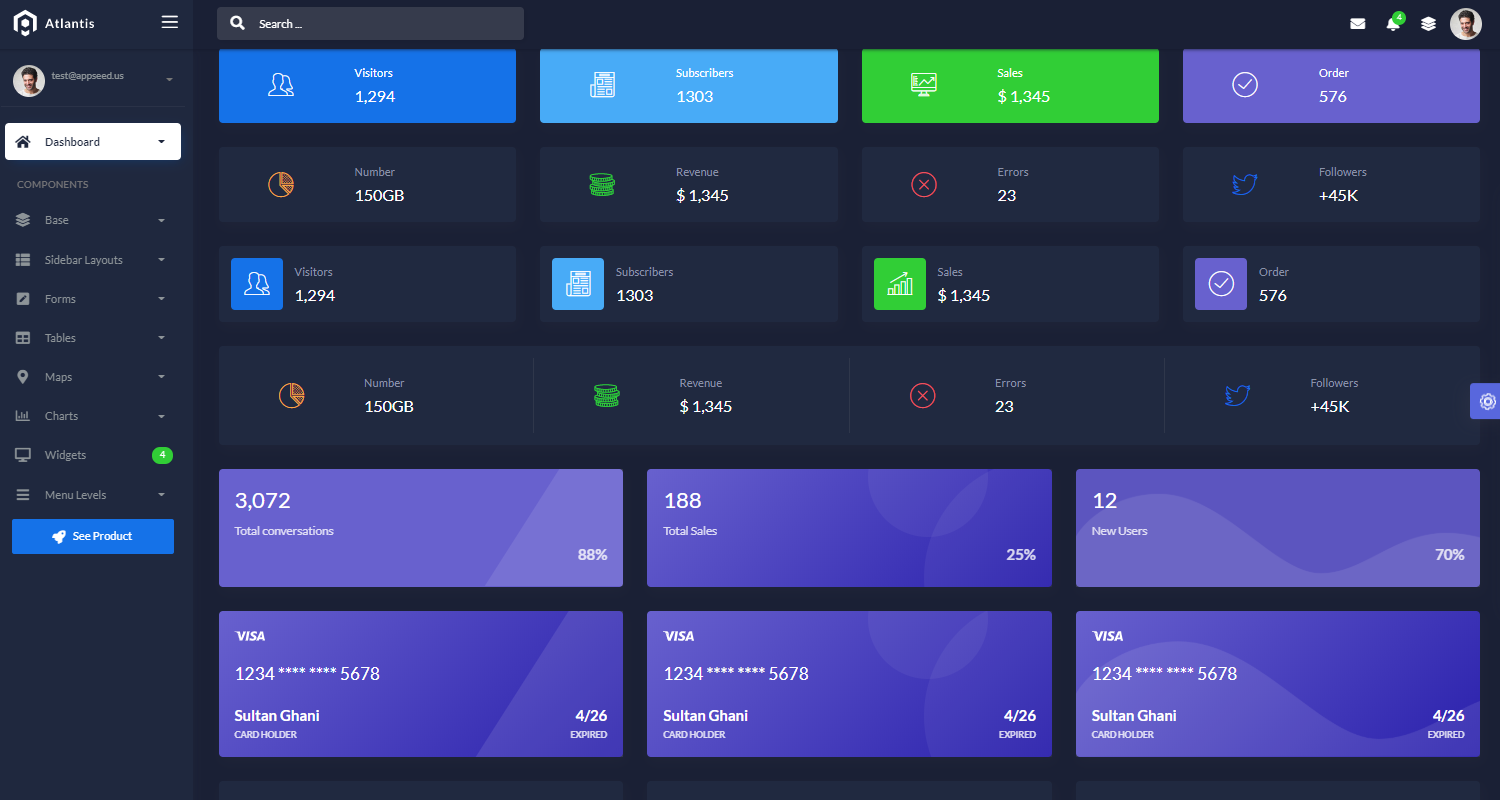 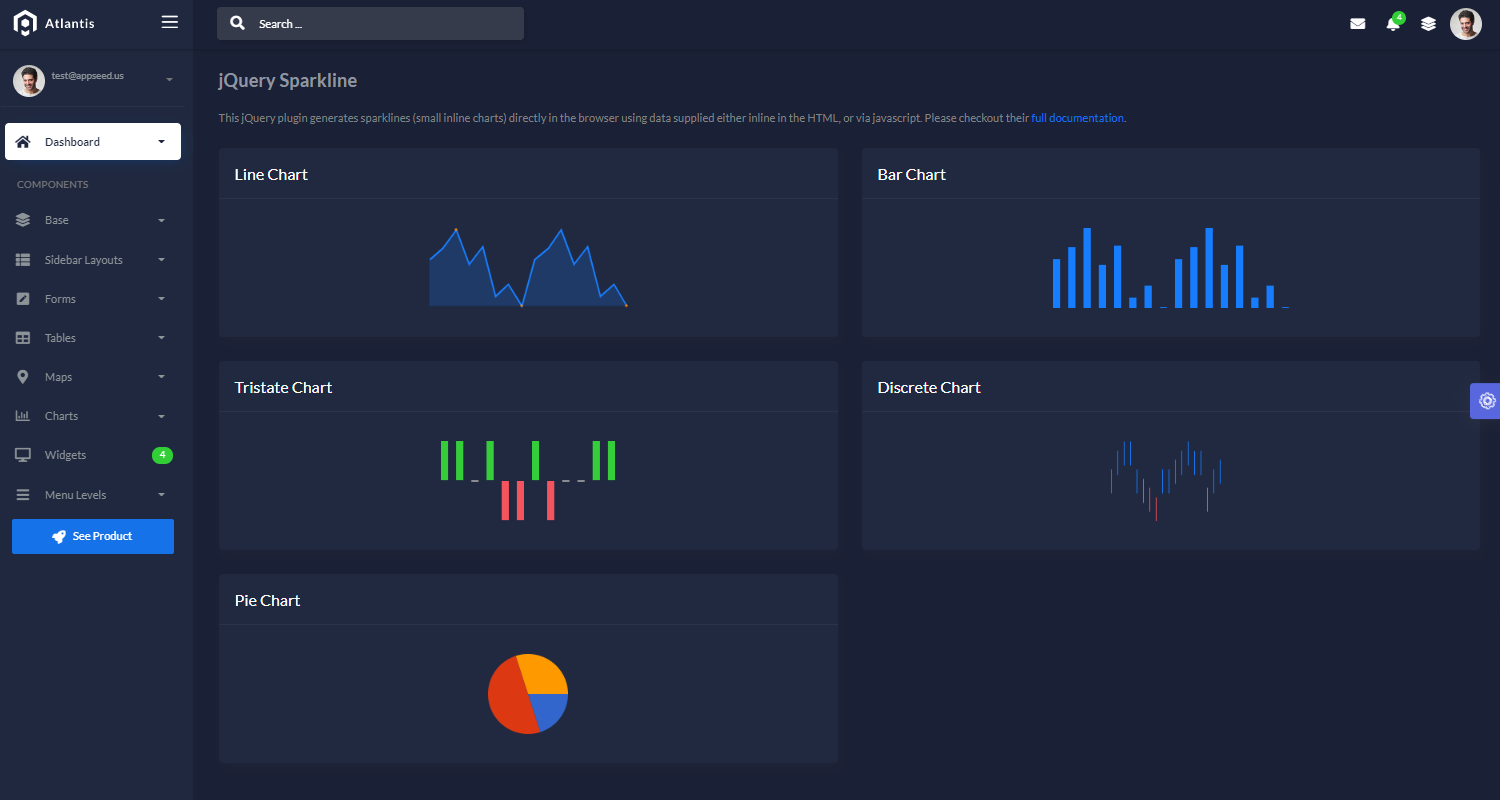 In a similar way, in 2019 the platform generate in a automated or semi automated way (some manual work involved) more than 170 web apps, published on Github under permissive licenses (MIT, LGPL):

Where to go from here